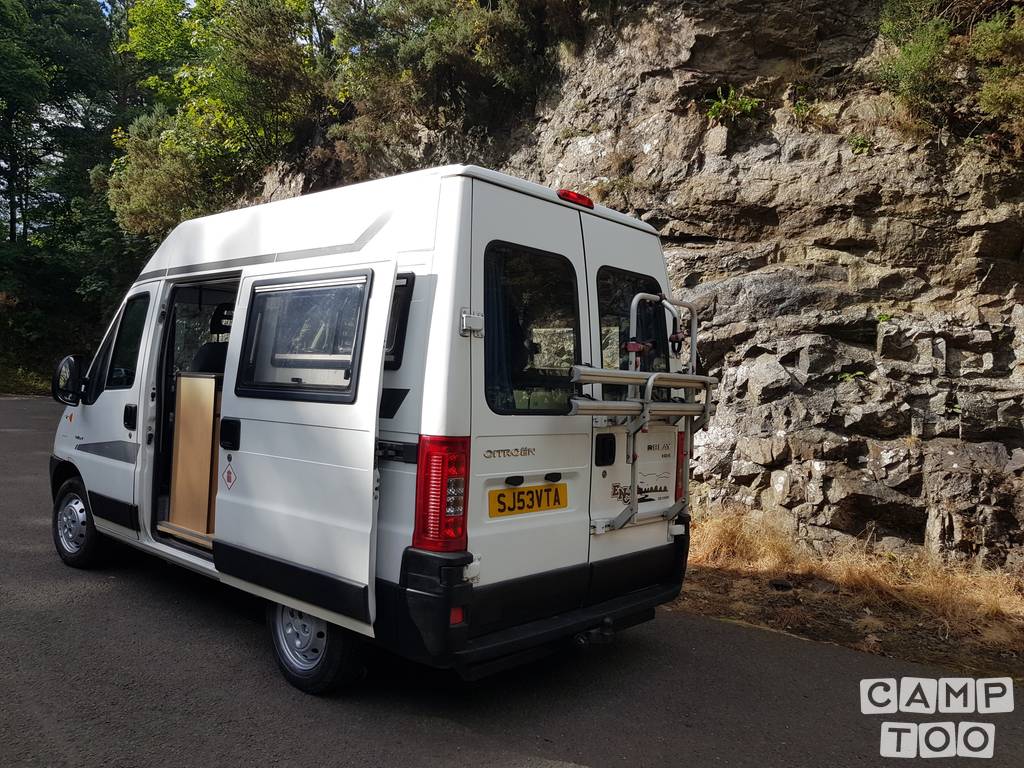 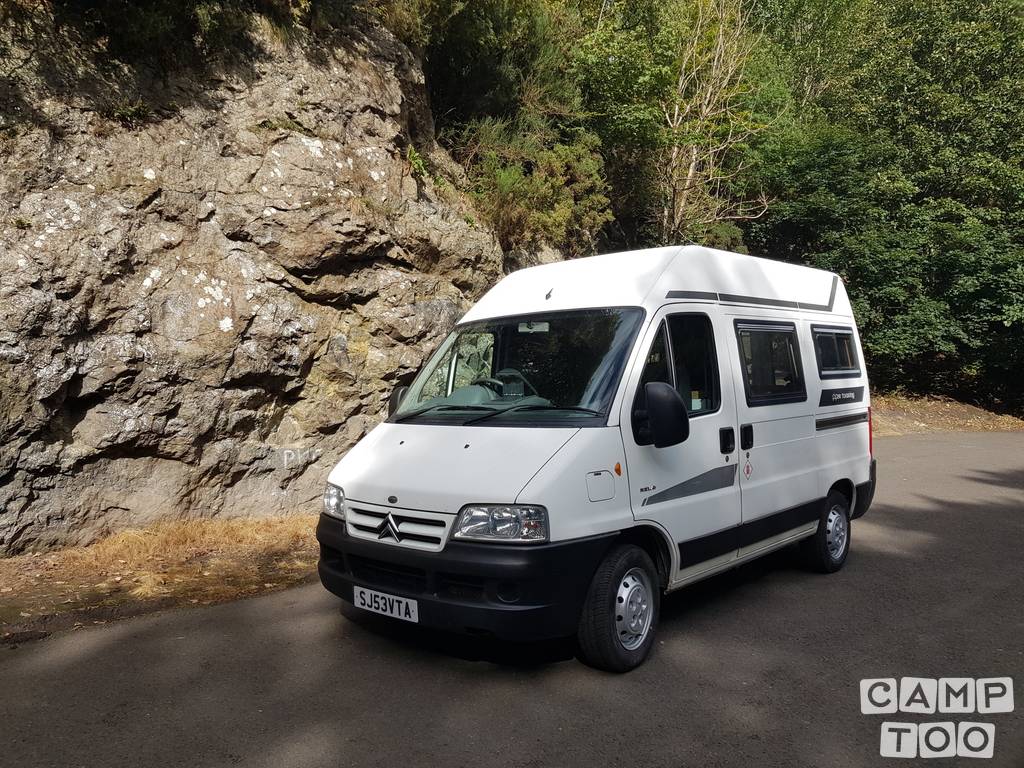 Add dates for the exact prices

Award winning East Neuk, Fifer, Touring campervan / motorhome. The campervan has a Cassette Toilet, grill/hob , sink, 2 single beds or one double, storage underneath, 3 way fridge, bike rack and a electric heater. Easy to use with a handover video sent via WhatsApp before the day of collection .well maintained and ready with the necessary equipment to go on holiday. Only 4.65m easy to drive around the twisty Scottish roads , great on fuel economy averaging 32mpg. Based in Perth a brilliant starting point for going north or south

I would like people to treat the vehicle as if it were their own, enjoy it while you have it. Its kept clean, it is appreciated when its returned as its received.

The deposit for this camping vehicle is £ 1.000. The deposit will be returned to you after the rental period.

Rented out by Allan

Scotland was fantastic, we highly recommend doing the NC500 and wish we had more time to stay in some of our favourite locations for longer. It really is a lovely old campervan with some minor faults for its age, like the horn not working and the gear stick painfully sticky. We did need to glue back on the gear knob as it kept falling off, just so we could use the reverse! We except there will be problems with an older van and mishaps along the way, for example a flat tyre on the first night, Allan not pumping up the spare tyre and leaving us with a knackered old ratchet to remove the wheel... However, after two further flat tyres in the wilderness and having to hitchhike back into town, we got fed up of spending our holiday in the local garage paying for new tyres as they could not be repaired. With Allan not returning texts or acknowledging any responsibility for the condition of the tyres or his failure to inflate them correctly before we picked the van up, it really did spoil our holiday. The fact that he wouldn’t reimburse us for the two new tyres or even meet us halfway as a kind gesture, was the icing on the cake! I'd recommend anyone hiring a campervan to reads the T&C's very closely because Camptoo have no power to enforce a refund once you sign the contract, as there is no way to prove the negligence of the owner, when it’s your word vs theirs. Camptoo's best suggestion to resolve the dispute regarding the tyres, was for me to drive back up to Scotland from London and collect the punctured tyres from the most northern point of the UK, then exchange them with Allan on way back home. Don’t expect much help from Camptoo, Hilarious!

Thanks Allan. The perfect size vehicle for a couple as far as we were concerned. Very easy to drive, especially in the far NW and N. It was very comfortable and covered all the bases for staying at sites or off grid. We thought it was an excellent choice for us and really enjoyed our travel and our stays.

This was our first ever experience of camper van life and what a fun way to start. Everything we needed in the van, it was easy to pack up and go. We were able to change our plans dependent on the weather in Scotland. The van was cosy and compact, easy to use and a great first experience.

You can park your car here for free

Add dates for the exact prices